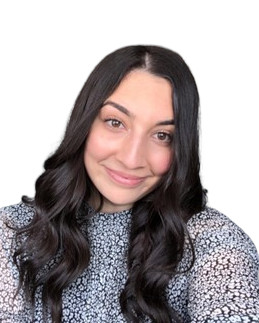 Caitlyn was introduced to dance at the age of three and has been dancing ever since. She began with jazz and ballet and later added tap, lyrical, acro, musical theatre, hip hop and pointe. Caitlyn trained under BATD in Ballet, completing her examinations each year. She was chosen to compete in the BATD North American Scholarships for Ballet in 2014. She took numerous ADAPT jazz and tap exams, BATD ballet exams, as well as workshops and intensives throughout her ten years dance experience. Dancing competitively from age eight until she finished her first year of university. Throughout her competitive career Caitlyn has been awarded scholarships, highest musical theatre mark of the competition and special awards for her performances.

Caitlyn has completed a Bachelor of Business Administration from Laurentian University with Honours and has plans to attend Queens University in September for a Master of Business Administration. She now works at an appraisal firm by day and at the studio by night. Caitlyn’s love for teaching started at the age of fourteen while assisting her first dance class, as she became older she started to assist with both recreational and competitive classes varying in ages. She was honoured to become a dance teacher after years of looking up to her dance teachers. In her new role she is most excited to create lasting memories for all of the dancers and to foster an atmosphere that enhances growth.

Return To Our Faculty Page
Scroll to Top